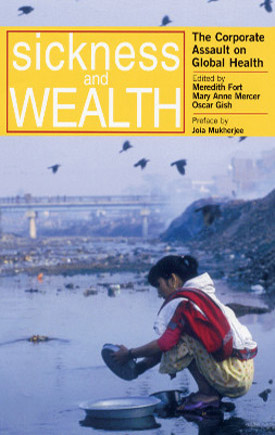 In this powerful and accessible collection of essays, international scholars and activists examine how official and corporate actors of globalization – including multinationals, the IMF and World Bank, the World Trade Organization, and “first world” governments – have enacted policies that limit medical access and promote disease and death for many in the poor world.

By globalizing the struggle, we can all construct a different world on terms that guarantee health, well-being, and dignity.
— Sickness and Wealth

The contributors to Sickness and Wealth provide a history of health and development strategies, reveal the grim health consequences of these policies throughout the world, and highlight the work of activists and organizations currently confronting globalization and working toward improved global health.

Authors include Vandana Shiva on the effects of industrial agriculture on poor people’s health; Patrick Bond on the political roots of South Africa’s cholera epidemic; Evelyne Hong on the role of international agencies and corporations in health care; Seiji Yamada on how militarism and war produce disease; and several writers describing how the struggle for people’s health is, itself, becoming globalized.